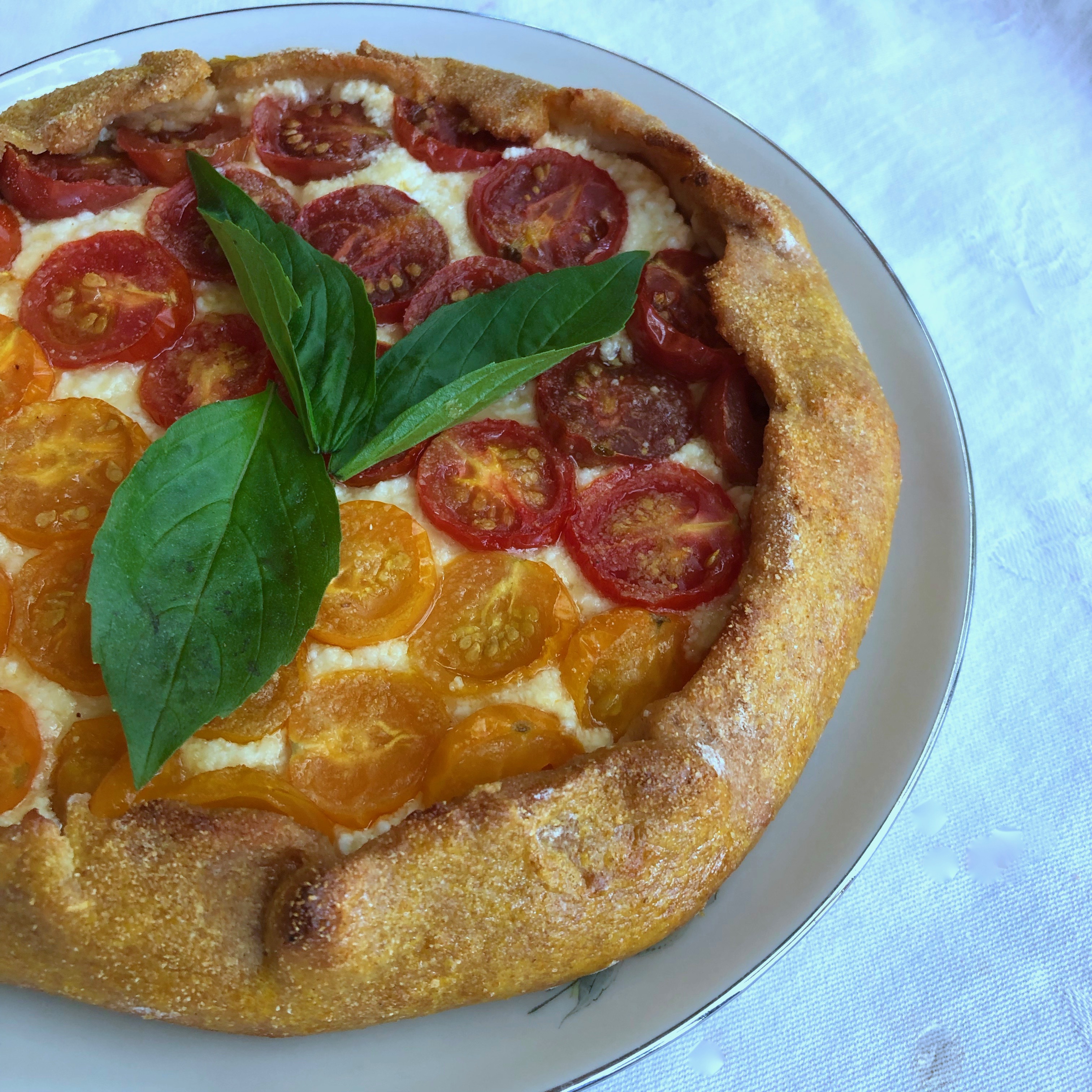 You might be tempted to turn this into a pizza, but resist the urge! New Mexico’s tomatoes are hitting their stride and this simple recipe lets their delicious, fresh taste shine through. And this recipe comes together more quickly than you’d think, thanks to the very versatile “two-ingredient” dough. 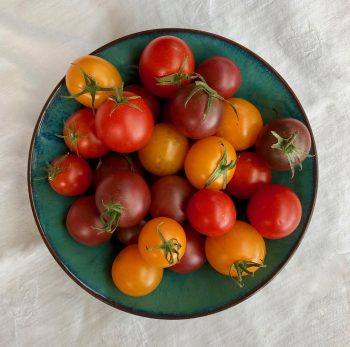 Rub a cookie sheet with olive oil, or line it with parchment paper and dust with flour.

Wash the tomatoes, slice, and set aside.

Place the yogurt in a bowl and add the baking powder, if using.

Add the flour to the yogurt, half cup at a time, and mix thoroughly until a soft dough forms. Once the dough becomes manageable by hand, put it on a clean counter and lightly knead the dough, adding one tablespoon of flour at a time, until it becomes barely sticky. Set aside. 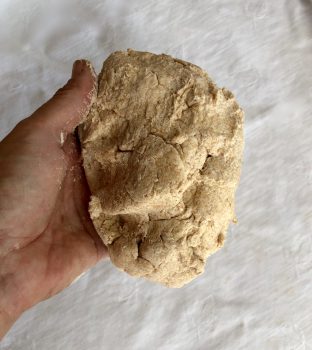 When the dough can be picked up, add more flour slowly until it becomes manageable.

Mix together the ricotta and parmesan cheeses in a bowl and set aside.

Cut the dough in half, lightly flour your countertop, and, using floured hands, press into two 8″ rounds.

Put half of the cheese mixture into the middle of each dough round and flatten to within 2″ of the dough’s rim.

Press the tomatoes into the cheese mixture and drizzle with olive oil.

Using your fingers, fold the two-inch rim over the tomatoes, and pinch intermittently to seal. 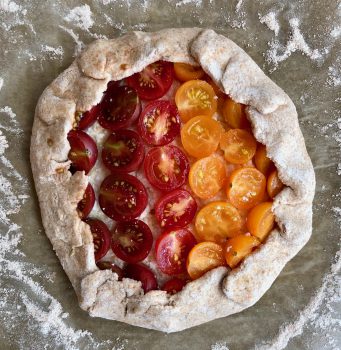 Galettes are meant to be more rustic, so don’t worry if folding the dough over looks messy.

Brush the egg yolk over the edge of the crust.

Add salt and pepper to taste, and serve. 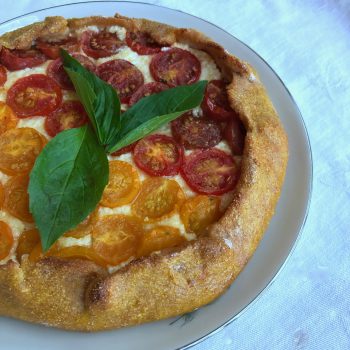 This dish makes the most of seasonal tomatoes.

Photos by Christina Keibler. Recipe adapted from this one and this one.