By ChristinaSeptember 19, 2018Meet Some Farmers 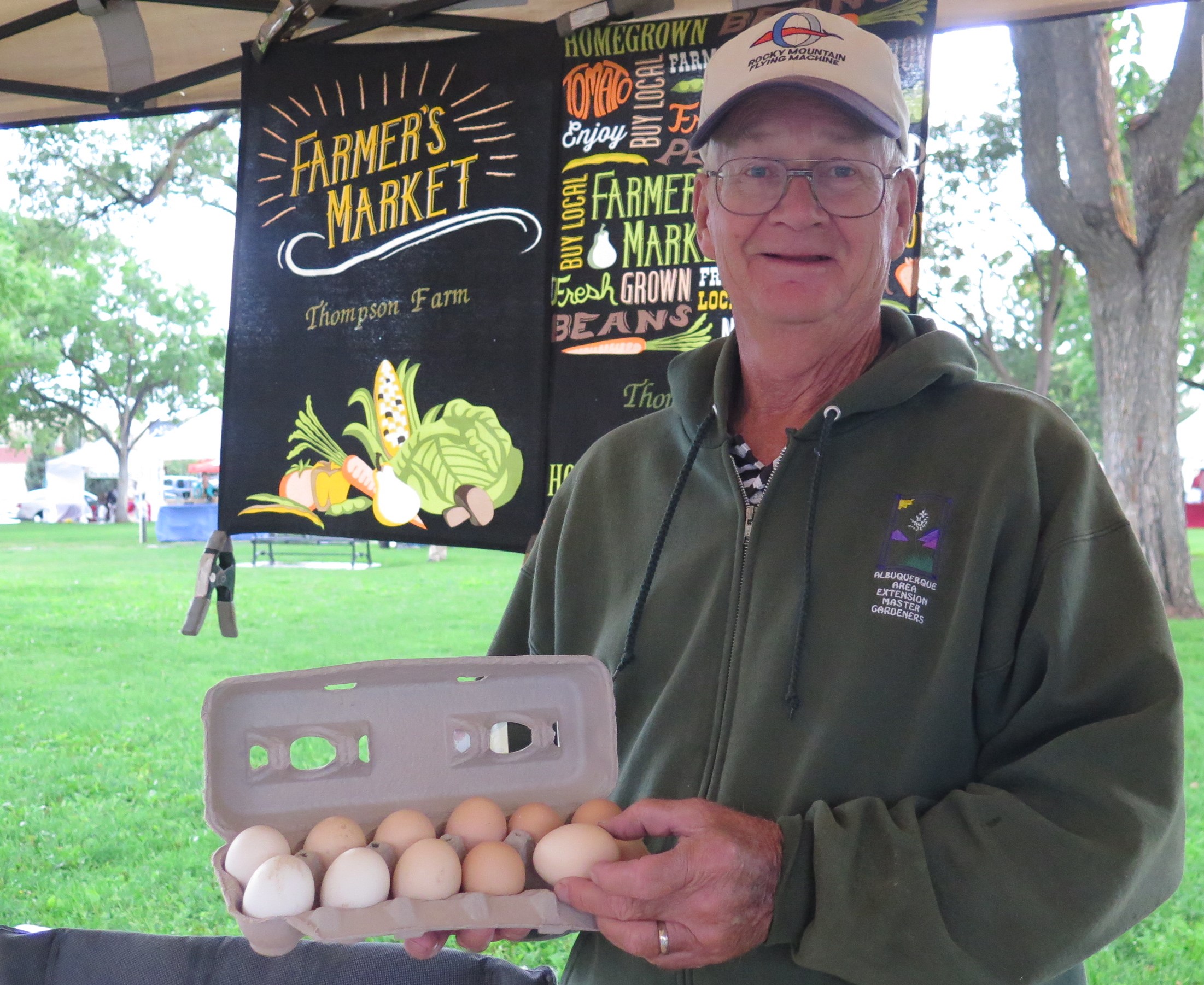 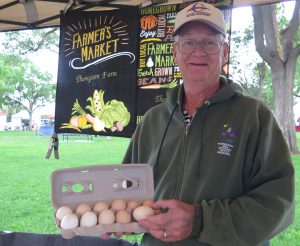 Bob grew up farming; his grandparents were dry-land farmers and Bob spent summers helping on their farms and building one of the biggest hog operations in New Mexico at that time.  In 2008 Bob decided to start his own farm, and purchased two acres in Edgewood, which became organic-certified in 2011. Thompson Farm boasts three hoop houses and 200 to 300 fruit trees, along with fields for his produce. Following in his grandparents’ footsteps, Bob is water conscious in his farming practices and harvests over 35,000 gallons of rain water each season to grow his crops instead of tapping into valuable groundwater resources.

Despite weather challenges such as hail, Bob finds farming to be relaxing and he enjoys working in the soil; he plans to continue farming as long as his health allows. When he’s not farming, Bob flies WWI and WWII model air planes that he builds from scratch in his dedicated workshop.